History of the SEC Rewards Office

Congress’s efforts to solicit tips from securities whistleblowers date back more than 25 years to the passage of the Insider Trading and Securities Fraud Enforcement Act of 1988, which provided a discretionary reward of up to 10 percent to whistleblowers who provided insider trading tips and complaints.  The initial program was not well known, and in nearly 22 years the SEC paid out only $1.6 million in rewards. 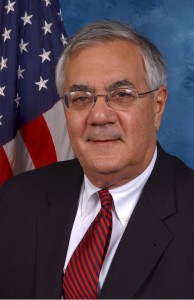 In the wake of the Bernie Madoff and Allen Stanford Ponzi schemes, law makers felt renewed pressure to strengthen securities laws and protect investors.  As a result, on July 21, 2010, President Obama signed the Dodd-Frank Wall Street Reform and Consumer Protection Act in to law.  The Act, commonly referred as the Dodd-Frank Act is 2,319 pages long and creates robust protections for whistleblowers as well as a program to provide whistleblowers with a reward of up to 30 percent for disclosing original information to the SEC or CFTC which results in monetary sanctions exceeding $1 million.

To carry out Congress’s intent of an improved whistleblower program, the Dodd-Frank Act mandates the creation of a new whistleblower office at the SEC.  The office, now headed by Sean X. McKessy, is staffed by nine attorneys and three paralegals who sift through thousands of whistleblower tips each year.  The tips are provided on a Form TCR (standing for Tip, Compliant, or Referral).

To comply with the Dodd-Frank Act and clarify legislative ambiguities, the SEC promulgated regulations for reporting tips, issuing rewards, and protecting whistleblowers.  The regulations took effect on August 12, 2011.  The SEC’s rulemaking process generated significant controversy and the SEC received 240 comments and over 1,300 form letters which it took into consideration in crafting its final regulations.  The comments may be viewed here:  http://www.sec.gov/comments/s7-33-10/s73310.shtml. The most contentious part of the SEC’s regulations deals with the role of internal compliance programs.  Commenters were split on whether whistleblowers should have to make an internal disclosure before going to the SEC.  The SEC resolved the dispute by incentivizing internal disclosures, a move intended to increase the number of internal disclosures and to motivate companies to ensure that they have effective internal compliance programs.  To read the final regulations click here.  To read the text of section 929 of the Dodd-Frank Act, along with commentary from our attorneys, click here.

To ensure that the effectiveness of the Dodd-Frank Act’s whistleblower rewards program, Congress requires that the SEC whistleblower office submit an annual report detailing the volume of complaints and rewards.